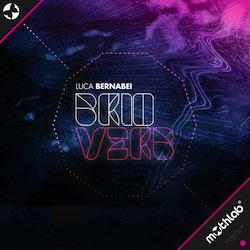 Out Today April 17•2013 on:
Beatport*I-Tunes*Juno Download*Djshop.de*Amazon*DjTunes*Djdownload and more…..
check it out here! beatport.com

Brio Verb by Luca Bernabei. It includes a Techno and a Tech-House tracks, titled Brio Verb and Quite Verb. During the production process Luca has been dealing with a careful research of sound balances worked on two opposed stages: Brio Verb represents an upset condition, the perfect sound for the wildest techno dance floors, Quiet Verb instead, pictures a state of calm, recreating a cool atmosphere for shrewd crowds. Recorded and produced by MothLab Recordings Copyright © 2013