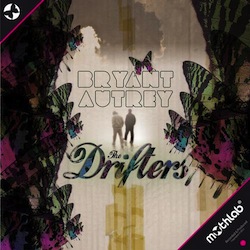 Out Today November 14•2012 on:
Beatport*I-Tunes*Juno Download*Djshop.de*Amazon*DjTunes*Djdownload and more…..
check it out here! beatport.com

The Drifters is a combination of three tracks that come together as one story about a boy and a girl who travel together through thick and thin, though sun and storm. This is the thought that inspires the sound of melody, tribal rhythms and funky Techno in each body of music. “Drifter” The male version of the two is met with a vicious bassline atop of a massive Tribal drum loop throughout the major chunk of the track as its build up brings in a heavenly synth break. The progressive travel is continued by a nice change in rhythm with a heavy accent on the percussion. “The Driftress” The female version of the two Drifters uses much of the same rhythm as the male, as they are related, but different use of synths and drums are incorporated. A heavy straight drum line gives this track forward momentum and is complimented by a Progressive bassline. “Quietstorm” The Quietstorm track encompasses the whole atmosphere of the Drifters travel. Quietstorm takes different parts from the male and female, both drum patterns syncronized into its own Minimal rhythm, fit with a Tribal bump and some playtime with the bongo drums. Recorded and produced by MothLab Recordings Copyright © 2012